In 2011, I wrote a blog post called “The ‘Favorite Band’ Question,” wherein I attempted to answer the query that, as a known hardcore music nerd, I am probably asked more often than any other, online and in the real world: “So, who’s your favorite band?”

I noted then, and I note now, that I listen to so much music, and I am so musically omnivorous, that it’s really hard for me to answer that question, simply because there are so many apples to oranges, or meatloaf to polonium, or bicycle to aardvark comparisons between the different types of things I spin. To wit: per my iTunes account, here are the past ten songs that have spun via the “random shuffle” setting on my collection as I’ve sat at my computer, getting ready to write this post:

I loved every one of those songs as they spun, and I love every one of those artists. But can I rank or compare them in any meaningful fashion? No, not really. They’re just too different. So because I don’t do anything simply, when I first started thinking about this question back in 2011, I decided that I had to define what constituted a “favorite band” for a generic listener before I answered the big question myself. Here’s the list of criteria I developed:

In my first and second stabs at the concepts embedded in this article, I went back through the ages of my life and listed the bands that I am pretty certain met all of those criteria more than any others in different years. That list looked like this:

I note that those years in no way limit the time spans in which I actually listened to all of those groups. Take The Fall, for instance: I first started listening to them in 1983 or so, and I was gutted when their leader, Mark E. Smith, passed away. I still listen to them regularly, never really stopped doing so, and I cited some albums from outside the 2004-2009 time span as all-time favorites in various lists like this one or this one. But for a variety of reasons, internal and external, I was really, really, really into The Fall in that six year span in the early Naughts, and they really spent an extravagant percentage of time on my stereo, and on my mind. I didn’t like them any less come 2009, but I did find myself spending a lot more mental time, energy, and effort listening to and seeing Napalm Death.

Likewise with King Crimson circa 2015, when they supplanted Napalm Death atop the current pile, though I didn’t realize it for a couple of years, as favorite bands are like economic recessions, apparently: you can’t really decide that they’ve started until you’re well into them. I had been listening to, and loving, the Crim since the ’70s, but they sort of moved onto a different plane for me around 2015, when the “Seven-Headed Beast” incarnation of the band hit the road with a show that for the first time in their complicated history featured music from 1969’s debut album, In The Court of the Crimson King, along with cuts from every band era since, and a healthy slab of new tunes. At the time of this writing, the last live music show I’ve seen (damn you, COVID) was The Crim at my favorite Chicago venue, The Auditorium Theater. (Review of that transcendent event here).

I wrote a series explaining the where’s and why’s and what’s of my Favorite Band roster, all of which you can read here. And as I type this post, I’m some 48 articles into a second series about the groups I love who don’t quite rise to the top of the heap, all of which you can read here. As I was writing one of that second series’ posts, I had a revelation: my obvious answer to the Favorite Band Question seemed to have shifted in 2020 (again, like a recession, you don’t know it has started until after the fact), with Sparks now holding down the top spot in my personal pantheon of musical greatness. A shift! A change! Huttah!

Here’s the piece I wrote about Sparks a few weeks back, explaining and justifying why I’ve shifted a bit in terms of my best-of-the-best roster. As has always been the case, this shift doesn’t mean that I love King Crimson any less than I once did, but rather that Sparks have moved into a more constant, and central point in my musical consciousness than any other group, right here, right now. They’re issuing career-best music in real time, and they’re experiencing a level of cultural relevance and significance well above what’s been the case in the past (in the United States anyway; they’ve always been more popular in Europe), and those factors move me to make a shift in how I answer the question I’m asked more than any other.

And so I update this occasionally-recurring article today, with a new roster of Favorite Groups by year appended and amended as below:

I don’t know when it will change again, but I do know that it will. And that’s exciting to me: it won’t mean that Sparks aren’t doing it for me when it happens, it will just mean that I’ve discovered and internalized something even grander and greater in my current psychic playing field when that time inevitably comes. Watch this space five-ish years hence, if past cycles are indicative of current and future trends. 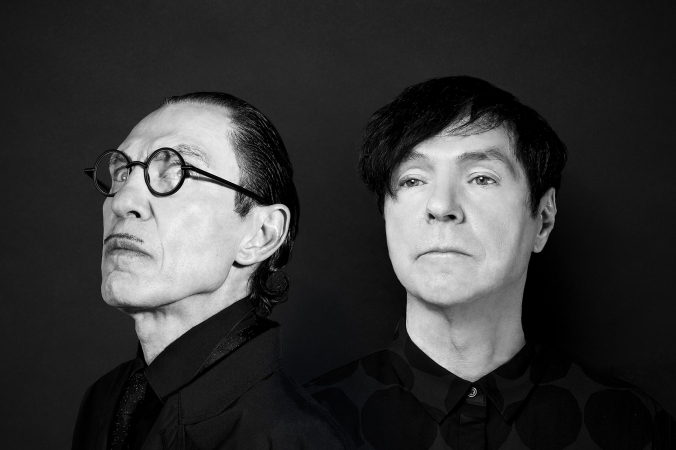 Ron and Russell Mael move me. As they should you.