When Marcia and I left Las Vegas and drove eastward into Arizona on Monday, the day’s high temperature was about 115° F. This morning, when I got up early for my coffee, the thermometer read 35º F, and it has only risen into the high 50s at the sunny peak of the afternoon. So that use of “chill” in the title today is literal, not figurative, especially since we’ve done our usual mixes of forced marches throughout the days, with not a lot of time allotted to slugging about and relaxing. While temperatures across the Southwest have dropped dramatically over the past few days, it’s especially noticeable in Flagstaff, sitting at about 7,000 feet above sea level. No wonder Arizonans from the scorched bits of the state down south come up this way for summer reprieves.

This is our second visit to Flagstaff, and we find it to be a most appealing destination. One of our favorite things about it is the stellar job that the city’s leaders and managers have done in protecting, preserving and activating incredible outdoors spaces within the city limits. There is a tremendous network of mixed use paths known as “FUTS” (for “Flagstaff Urban Trail System”), along with an equally rich spiderweb of single-track cycling trails and more hardcore hiking trails out of the city and into the surrounding mountains. There are wonderful views and vistas to be seen on pretty much every trail we’ve strolled, most especially looking up toward the San Francisco Peaks and (especially) Humphreys Peak, which towers over the region with its summit at about 12,700 feet above sea level. The (mostly) pine forests in and beyond Flagstaff’s municipal boundaries are also wonderful, creating shady groves with open sight lines, and framing most of the scenery one might choose to snap while ambling about.

I include some such snaps below, noting that every one of these images was captured within either walking distance or a short (10 minutes or less) drive from our hotel, smack in the middle of the busiest downtown part of the city. Add in the benefits of Flagstaff’s “dark sky” policies on urban lighting (designed to protect Lowell Observatory, which also resides within city limits), and you’ve got a tremendously natural feeling urban environment, one which most other cities would do well to emulate. We will be here through Friday, with some side trips to the Sedona area, for house-hunting and general regional acclimation. It’s very exciting and enjoyable to consider living near here in a mere couple of months! 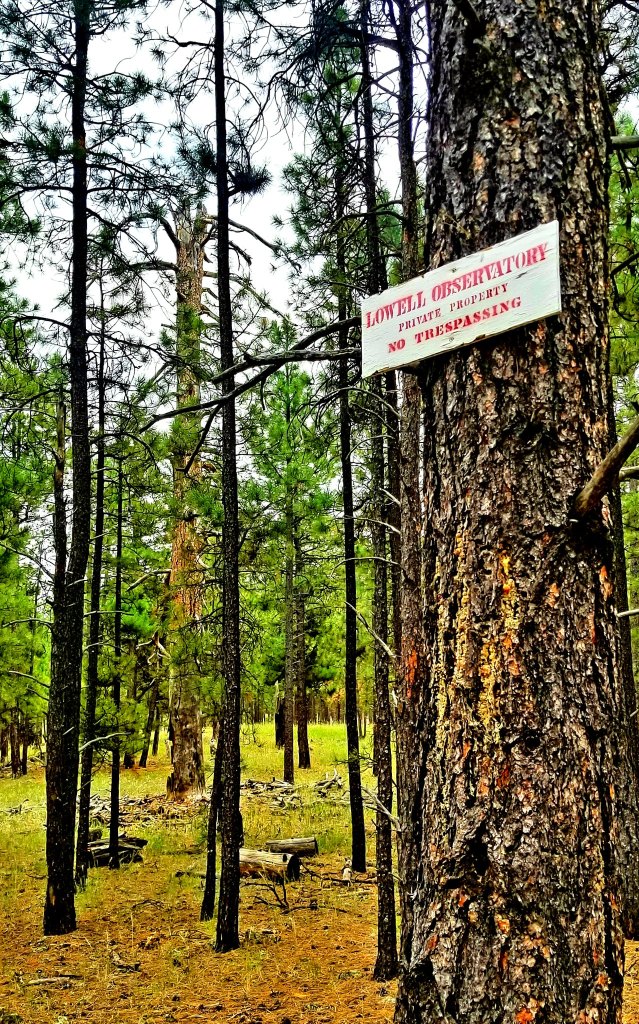 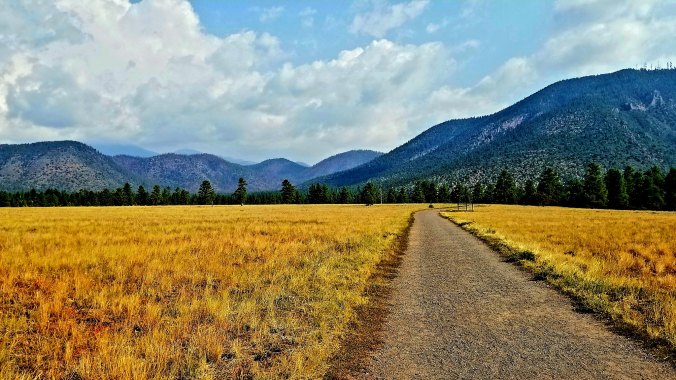 3 thoughts on “Flagstaff and Chill”