Earlier this year, I posted one of my occasional Five By Five Books articles about The Vorrh Trilogy (2015 to 2018), by B. Catling. In my review of that immense series, I described the collective feel of the books thusly: “Big, audacious, immersive, surreal, grotesque, written in gloriously florid language, and screamingly unique in just about every way imaginable.” Right up my alley, in other words.

Catling has followed that sweeping epic of the strange with two unrelated novellas: Only The Lowly (released in March 2019 by Storr, a small, independent publishing house) and Earwig (published in September 2019 by Coronet, a “major” marque, which handled The Vorrh series as well). I was able to get these newest Catling books in their American editions (Lowly on Kindle, Earwig in paperback) over the past couple of months, devouring both of them quickly and eagerly upon receipt. I’d describe the pair exactly as I did The Vorrh Trilogy above, just substituting the word “Little” for “Big” at the beginning of the quote. I’d also focus specific attention on the key word “grotesque,” which is defined thusly:

Noun Usage: A style of decorative art characterized by fanciful or fantastic human and animal forms often interwoven with foliage or similar figures that may distort the natural into absurdity, ugliness, or caricature.

Adjective Usage: Fanciful, bizarre, absurdly incongruous, departing markedly from the natural, the expected, or the typical.

Per those descriptors, Earwig and Only The Lowly are grotesque, and grotesques, indeed, works of art within which the borders between the human, the supernatural, and the bestial are blurred, where physical and moral caricatures caper and prance, where ugliness of word, deed, visage and intention abound, and where deliberate narrative incongruities and unexpected plot eruptions make it impossible to establish any sense of comfort or contextual certainty throughout the books’ queasy runs. They’re wonderfully wobbly little bites of curdled literary cream, sauced with sticky drizzles of sweet and savory and possibly hallucinogenic unguents and spices, then fermented in dark broths of bubbling unease and discomfort. Both books are more than capable of causing strong revulsion upon first sample, but once a reader has acquired a tolerance for their uncanny and unnatural tastes, they become deeply desirable and most memorable, indeed.

While the emotional, intellectual and psychological experiences of reading Earwig and Only The Lowly may be similar, the books do present their pleasures (?) in very different ways. Earwig is set in Belgium and France in the years after World War I and the Spanish Flu Epidemic, and its plot is linear, for the most part, laid out from the view of an omniscient third-person narrator. It tells the story of a hateful caretaker and his strange ward, and if the very concept of “mouth horror” evokes a shudder of revulsion in you, then Aalbert and Mia’s tale should have you wriggling most uncomfortably in its unrelenting and graphic obsessions with oral disasters. Only The Lowly, on the other hand, knits together ten short, interconnected, first-person narratives by Bertie (most chapters) and Cara, a lumpen married couple living in a biologically and culturally bizarre beach city, perhaps of our world, perhaps after our world, perhaps neither or both. Like Earwig, it’s rife with squishy discomfort and disgust-inducing depictions of strange social, sexual and sensory happenings, delivered in a post-English patois somewhat akin to that deployed in Anthony Burgess’ A Clockwork Orange, were it to be processed through an Edward Lear absurdity filter.

Neither of these little books are comfort reading, needless to say. But they’re far richer for that, pushing emotional buttons you didn’t know you had, forcing consideration of the inconceivable, and using the tools and techniques unique to great writers to lift readers into flights of deliciously noisome fancy. Great, grotesque miniatures from a writer who has emerged in recent years as a personal favorite, at bottom line. I recommend you read them both, if you dare . . . 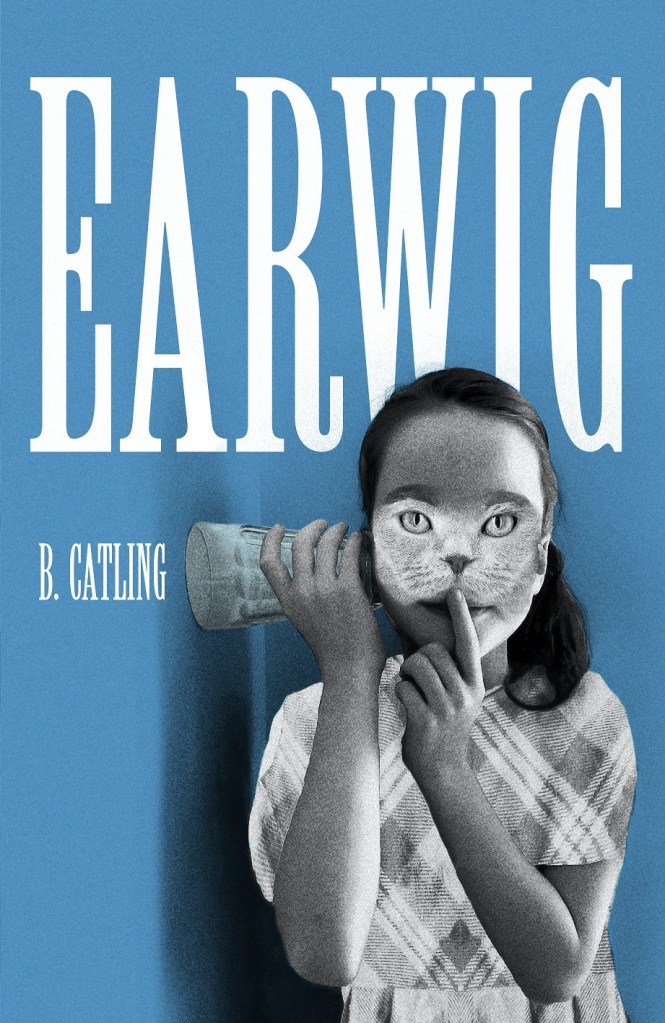