We’ve been drawn Northward this week, following Marcia’s homing compass back to her Minnesota magnetic pole, where the Voluptuous Varmints roam.

We are renting a very comfy AirBnB just a couple of blocks northeast of Lake of the Isles, and have been walking 10+ miles each day around Minneapolis’ spectacular parks and trails system. We’re trying to safely, distantly visit as many family members here as we can before we relocate to Arizona in October, since it’s a much easier trip from Des Moines than it will be from Flagstaff or Sedona. It’s great to see folks, and great to be back in and around the area where Marcia grew up.

But there’s another component of the visit that carries an edge with a bite. George Floyd was murdered just about 10 blocks due east of Marcia’s childhood home, and we’re seeing a lot of damage around the community from the outraged eruptions which followed that tragedy. Sad and sobering on so many fronts, for so many people. It certainly hammers home the fact that we have so far to go and need to do so much better in terms of providing and protecting justice and equity as defining conditions of our national social contract.

As we watch the Democratic Nominating Convention this week, we are also reminded of one huge, important thing that we must collectively attend to by early November to redirect us along a more compassionate and Constitutionally-sound long-term national path. Marcia and I have already applied for our absentee ballots in Iowa accordingly, and will willingly head for the ballot boxes, masked, if they don’t get to us in time. When hatred, racism, grift, and willful anti-science ignorance are embraced as core operating parameters by both the White House and the Senate majority, it is hard to fight those scourges at street, community and State levels. We can do better. We must do better.

Enough on that, for here and now, I suppose. But plenty more to be said and done elsewhere and elsewhen, and we’re committed to that as a family whether I write about it here or not. Just for the record. Just so you know.

I share a few snaps below of our trip thus far, some happy and pretty, some sad and hard for us to see. We are energized by both types of photos, just in different ways. Maybe you will be too. 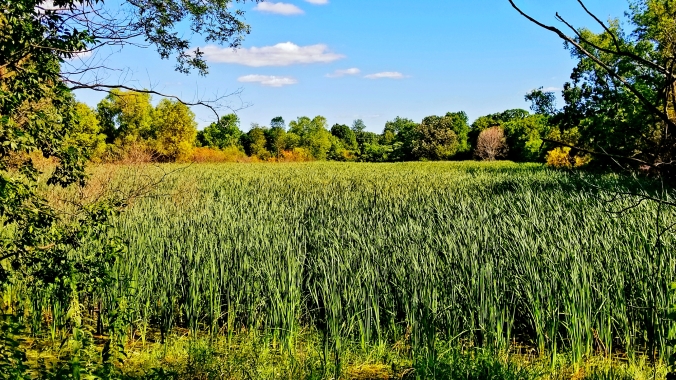