I hate to be a ghoul, and to only use my website to eulogize dead people, but despite having just penned an ode to Neil Innes upon his passing last week, I also feel compelled to briefly remark upon the life of Rush drummer/lyricist Neil Peart, who flew away this week after a three-year battle with brain cancer.

I interviewed him in 1997, and it was one of the best conversations I ever had with a famous person who had deigned to politely speak to a music writer from a small regional newsweekly. I wish I still had the raw transcript of our taped conversation, as I was limited by word counts in the actual printed version of the interview, and had to leave some interesting bits on the proverbial cutting room floor. I guess those unpublished portions of our conversation just have to remain part of my fond private professional memories. They certainly made me like the man even more than I already did when I dialed his number for the phoner.

Soon after my conversation with Neil Peart, I saw him and his bandmates play the opening show of their “Evening With Rush” tour, where they offered two long sets without an opening act, for the first time in their then already-long career. I wrote a piece some years later about the ten most memorable concerts I’ve ever seen, and that was one of them, in part because I saw the famous 2112 suite played live for the very first time in its entirety that night. Here’s that list and report.

Sadly, in the months after that great concert, Peart dealt with a pair of devastating personal tragedies, losing his daughter in an auto accident, and then losing his wife to cancer. He managed his losses (in part) by taking to the road on his motorcycle, an anonymous ghost rider, going back to ground in ways that stripped away any rock star pomp or glitter, riding and thinking and writing and healing, until (after a few quiet years) he finally felt prepared to return to his drum kit and his band.

The first song on the first album after his return to music-making was called “One Little Victory,” and it’s one of my favorite Rush moments, even though it’s nowhere near as popular or famous as many of the group’s other songs. I think it was apt and intentional that the early moments of the song are all Peart, his drums laying out a complex and killer pattern that carries the song as much as its lyrical or melody lines do. It felt like a statement of strong intent the first time I heard it: I am back, I am here, I am alive, I play drums. A titanic, moving musical moment by a truly singular talent. I post a link to that song below, and I commend it to you most highly, if you have never heard it. It stands as strong a eulogy for a brilliant artist as any words I could possibly pen. I’m glad to have had the brief opportunity to speak with the genius who created it. He moved me, for sure. 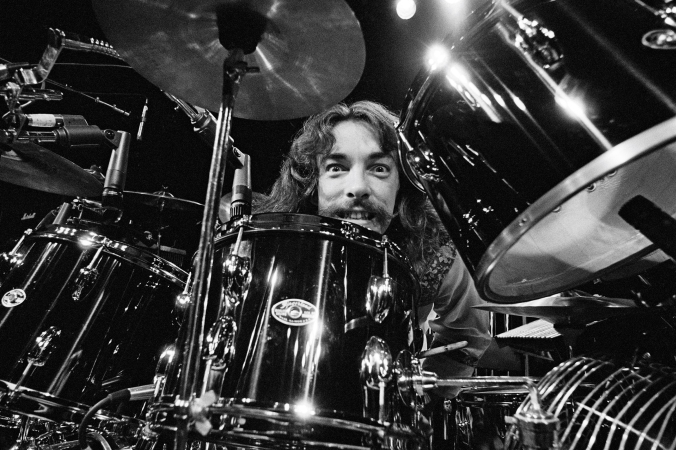 He plays fast-forward for as long as he can. RIP, Maestro.