1. One of my favorite things to do while traveling abroad is to visit non-chain record stores and ask the clerks for recent music by local artists that I would not likely be able to find back in the States. I’ve had wonderful success in finding amazing music from the 12 Tonar store in Reykjavik (twice) and at Discos Revolver in Barcelona, to cite two examples, bringing home great music from those trips that still earns regular spins around our apartment. So while we were in Amsterdam last month, I blocked out an afternoon and identified four record stores that seemed promising based on the online reviews I had found. Unfortunately, here’s what I found in each store, with varying degrees of disarray in evidence:

The re-emergence of a vintage vinyl obsession among aging record nerds and wannabe hipsters seems to have forced up-and-coming artists to peddle their wares online and at shows, while moldering crap and arcana from decades ago fills up the available retail space in brick-and-mortar outlets. I saw the same thing in Florence, Italy last year . . . and it’s also endemic among most of the record stores in my home city of Chicago. That’s a real pity, I think. There’s value to a music scene in having your local record store serve as a point of focus for your music community, with knowledgeable clerks standing as great arbiters and champions for the regional specialties. While I suppose I could go to the Google Box and search for “best new music from Florence or Amsterdam,” that’s just going to return results based on how good the local musicians are at search engine optimization, not how good their actual music is.

2. We visited about a dozen museums and ancillary attractions in the Netherlands and Belgium, seeing some really great exhibitions there. One of the nice things about living in Chicago is knowing that the opportunity to do does not end with the last day of vacation, and Marcia and I enjoyed getting to see Takashi Murakami’s The Octopus Eats Its Own Leg at the wonderful Museum of Contemporary Art a mile or so from our apartment last week. It’s a big show in every sense of that word: a major artist, showing a lot of works, many of them physically massive, including breath-taking new pieces commissioned specifically for MCA Chicago as part of the exhibition. Well worth a peek if you’re in the City. Holla if you do, as I’ll be happy to go see it again. For a sense of scale, here’s a snap of Marcia with one of the featured works: 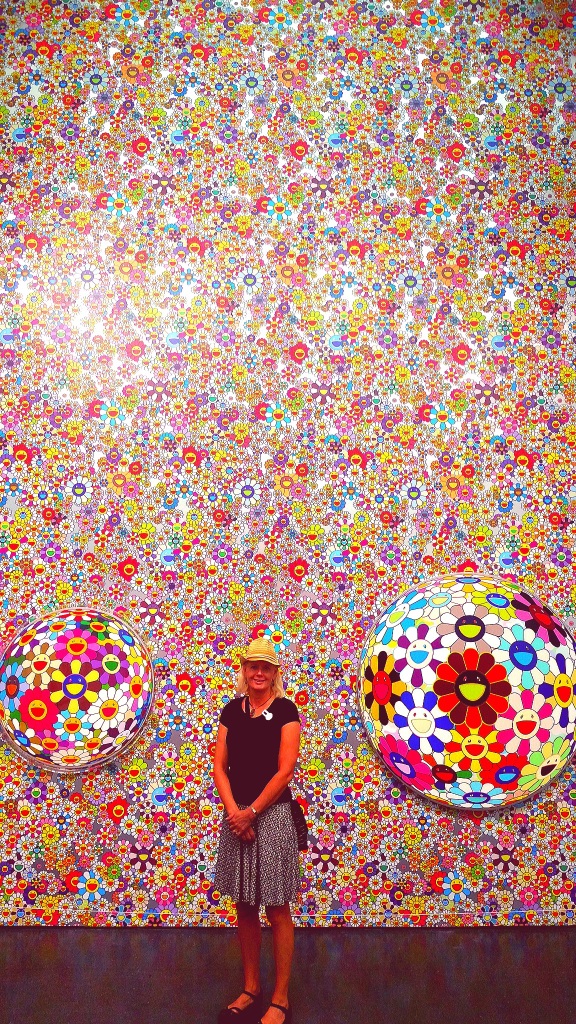 One thought on “Dance of the Cobras”