Sigmund Freud: Hello. I was just Googling for “Flexible Cheerleaders,” but I found this blog instead. It looks like you have a lot of repressed emotions swirling about in here. What a shame.

B. F. Skinner: There’s no such thing as emotions, you idiot! There are only observable behaviors. Action and reaction. Tabula Rasa. Leave emotions to the fantasists. I am a scientist, sir!

Sigmund Freud: Oh, don’t you mess with me, Skinner. I’ll kill your father and snort cocaine off your naked mother’s bottom!

B. F. Skinner: Oh yeah, Freud? Well, then, why don’t I just put you in a box for ten years, to prove that people don’t like being put in boxes? Or how would you like to only be able to urinate after you pull a lever in a specific sequence, which is as yet to be determined, and will take over four hours to learn and carry out? 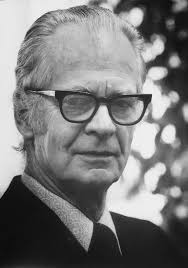 Abraham Maslow: Oh, people, why can’t we just all get self-actualized?

Alfred Adler: Really, now, Skinner. You can’t fault Freud for striving for superiority in his interpersonal relationships and emotions, can you?

B. F. Skinner: Adler, when I’m done with Freud, I’m gonna beat the living crimony out of your middle child! I personally wouldn’t venture to guess what an “emotion” looks like. That kind of unscientific exploring of the black box should be left to that cigar-chomping charlatan and all his nattering neo-pals.

John Watson: I hear that, Skinner. Doesn’t anyone here know of any real psychologists — not just followers of Freud the fraud? Personally, I gave a young boy a permanent phobia of white mice. I also taught advertisers to exploit women in the interests of having them associated with products. Now that’s some science!

B. F. Skinner: What say me and my boy Stanley Milgram shock your ass for messing with me, huh, Adler and Freud? How would you and your “emotions” like that?

John Watson: I really didn’t bother wasting much of my time studying Freud and Adler’s crackpot theories. Especially since they both eventually watered everything down into P.C. versions, anyway, which meant that they were just getting old and afraid of death.

Sigmund Freud: Nonsense. I began to water down and politically correct my theories long before I was old.  But you are right about one thing: it was all because I was afraid of death.

B. F. Skinner: It appears your persona has been co-opted, Freud. You may want to talk to Sullivan.

Henry Stack Sullivan: I know nothing about myself.

Teaching Assistant: I need a raise and health insurance!

Star Quarterback: I don’t show up in Psych class much. Who wants to take my test?

Honors Double Psych-Communications Major: I have begun a thesis entitled “The Co-Option of Personality in Emergent Public Spheres of the Information Age: Commercial Considerations, Cognitive Conspicuousness and Coeval Conundrums.” It begins with an interview of exiled writer J. Eric Smith and a short examination of the life cycle of his Indie Moines blog. It ends with the question of whether I actually exist or not.

Honors Professor: If I don’t see some quantitative analysis in there I’m going to fail you.

Honors Double Psych-Communications Major: Alright, I’ll count the number of times the letters “J” and “I” are mentioned in any context. Using a dummy variable of zero and our new “Don’t Do It Yourself 2.0” software, I can implicitly eliminate any mention that does not specifically refer to the characters of Smith and me ourselves, but instead is a part of another actual word. Will that suffice?

Honors Professor: No! This is an honors thesis for heaven’s sake, not a bloody undergraduate twenty-pager! I want to see spreadsheet after spreadsheet, variable after variable, interaction after interaction, table after table, until not even I can understand what you’re getting at anymore! Push the envelope, kid! That’s what youth is for! You know, you actually remind me of me at your age. Play your cards right and you might end up like me: a balding, white-haired man who sleeps one hour a night and endlessly studies interactions of giant genetically-modified Norway rats.

Erik Erikson: I can’t decide whether this blog is currently in the Generativity vs. Stagnation phase, or the Integrity vs. Despair phase. I’m leaning toward Integrity vs. Despair. This blog has been willing to face its own death, and yet it seems to have a sense of fulfillment for what has been created here. Well played, Indie Moines! Well played, indeed! A round of cigars and flexible cheerleaders for all! Huttah!

4 thoughts on “Psychothriller: Freud vs. Skinner”