I might blog the vay-cay, or at least some parts of it, as the spirit moves me and the time becomes available. We’re all sorts of tired at this point, having gotten up at 4:30 AM EDT, and it being 6:00 PM MDT now. Marcia’s power-napping, Katelin’s watching television, and I’m ticky-typing on Marcia’s laptop.

The trip out here was on-time and uneventful, or as uneventful as flying ever is. The worst part about flying for me is being packed in a sardine can with people I didn’t pick. There was a group of teenagers on the first flight from Albany to Chicago. As one behind me prattled on at high volume, the following couplet composed itself in my brain:

She had nothing at all to say,
and yet, she talked on anyway.

For the second, longer flight from Chicago to Albuquerque, I sat in front of a very elderly woman who, I believe from the aroma, was having leakage issues with her adult incontinence products. The operative word was “foo!”

But, then when we hit the ground, it all becomes worth it. The drive up from Albuquerque to Santa Fe is spectacular, as the high desert meets to mountains, and we sort of randomly stopped at a local restaurant that turned out to be fantastic. The hotel we’re staying in is equally great. We walked up Canyon Road this afternoon, peaking into maybe 10% of the amazing art galleries up there, and poked around the plaza a bit as well. Tomorrow, we’ll explore more. Today . . . we rest. I’m ready for it. 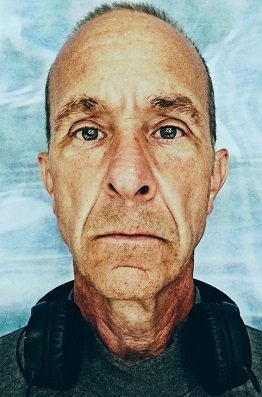